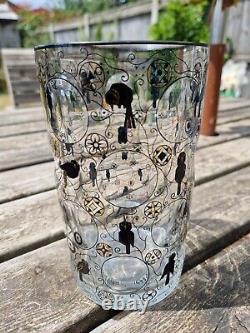 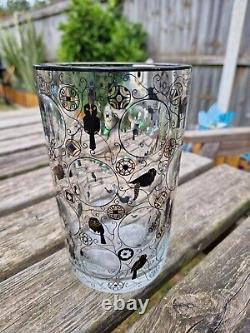 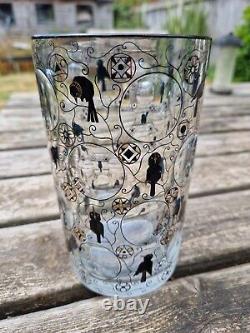 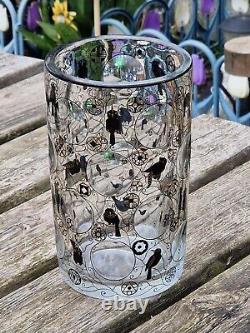 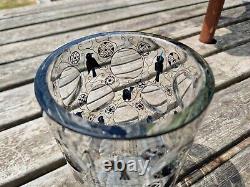 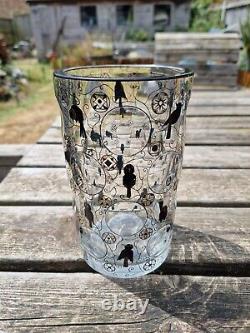 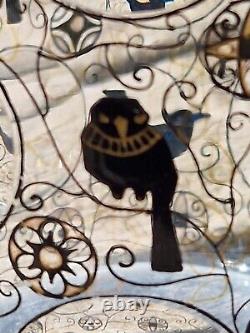 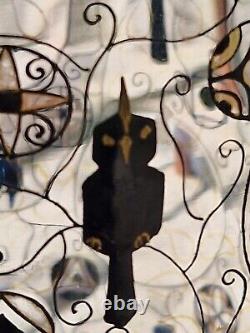 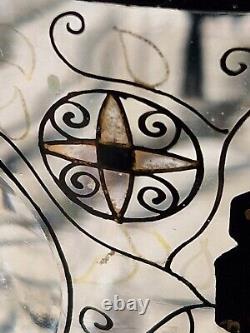 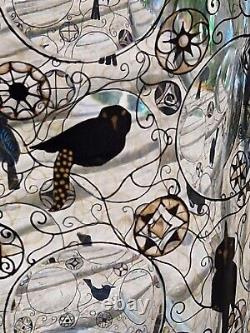 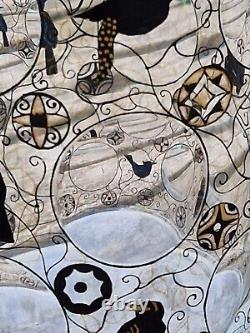 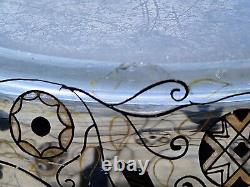 This being the case the values attached to said items because of their rarity are quite robust. This vase, being a known and quite an early piece of Margold's work c1911, displaying a technique known as "Schwarzlot" (German, "black lead") A sepia enamel first used in painting stained glass and later applied to glass vessels, either by itself or in combination with other enamels or gold. In Margold's case the Schwarzlot was achieved by firing Iron ore at a high temperature and reducing it to a fine powder which could be liquidised and used to apply like a enamel paint before firing again. There is no exception to the rule when it comes to today's current value.

This very rare vase does carry and have a minor flaw to its extreme base edge please see photos, but you would need to physically pick the vase up and examine it closely to see it. The Architect, Designer for the Arts was trained as a carpenter at the college for woodworking in Konigsberg an der Eger.

He then studied at the School of Applied Arts in Mainz Anton Huber, then at the Academy of Fine Arts Vienna in the Master School of Architecture of Josef Hoffman. He then became assistant to Josef Hoffman, at the master class and employees of the Wiener Werkstatte. During the study period Margold participated in numerous Ideenwettbewerben. The Darmstadt publisher Alexander Kock became aware of him and published from 1907 Margold's designs in various journal's.

In 1911 Margold was appointed to the Darmstadt Artists' colony and established a studio in the Ernst-Ludwig-Haus. He designed for all areas of the Arts & Crafts movement including Jewellery, porcelain, fabrics, wallpapers and of course Art Glass.

Also from this era there is evidence of designs for Residential and Office equipment. His Biscuit Tin and Cookie jar designs made of sheet metal and made for H Bahlsen in Hanover between 1912 to 1918 were very popular, and are very sought after by collectors of Margolds designs today.

In Darmstadt, he was contracted as Architect and designed the establishment for the lamp business for proprietor August Wilk. In 1929 Margold, moved to Berlin, Germany. Where he was the Architect and the Designer of the Houses in the New Style. In 1938 he was appointed and became a professor at the School of Applied Arts in Bratislava. So far l have not been able to find any more information regarding Emanuel J. Margold's, situation during the out-break of WW2 and what his involvement was if any of the German War efforts either before, during or after the surrender of Germany. All l know is that he passed away in 1962.